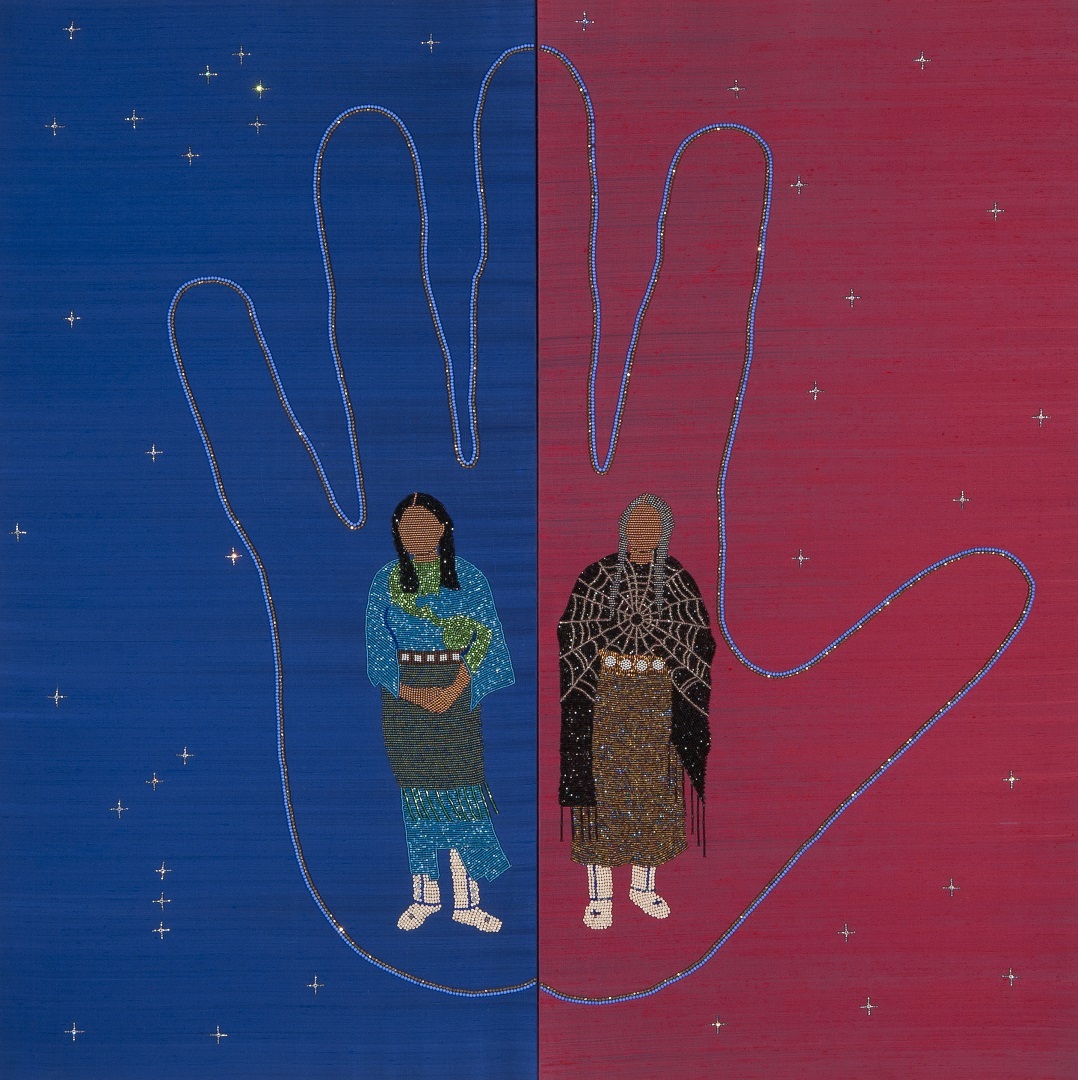 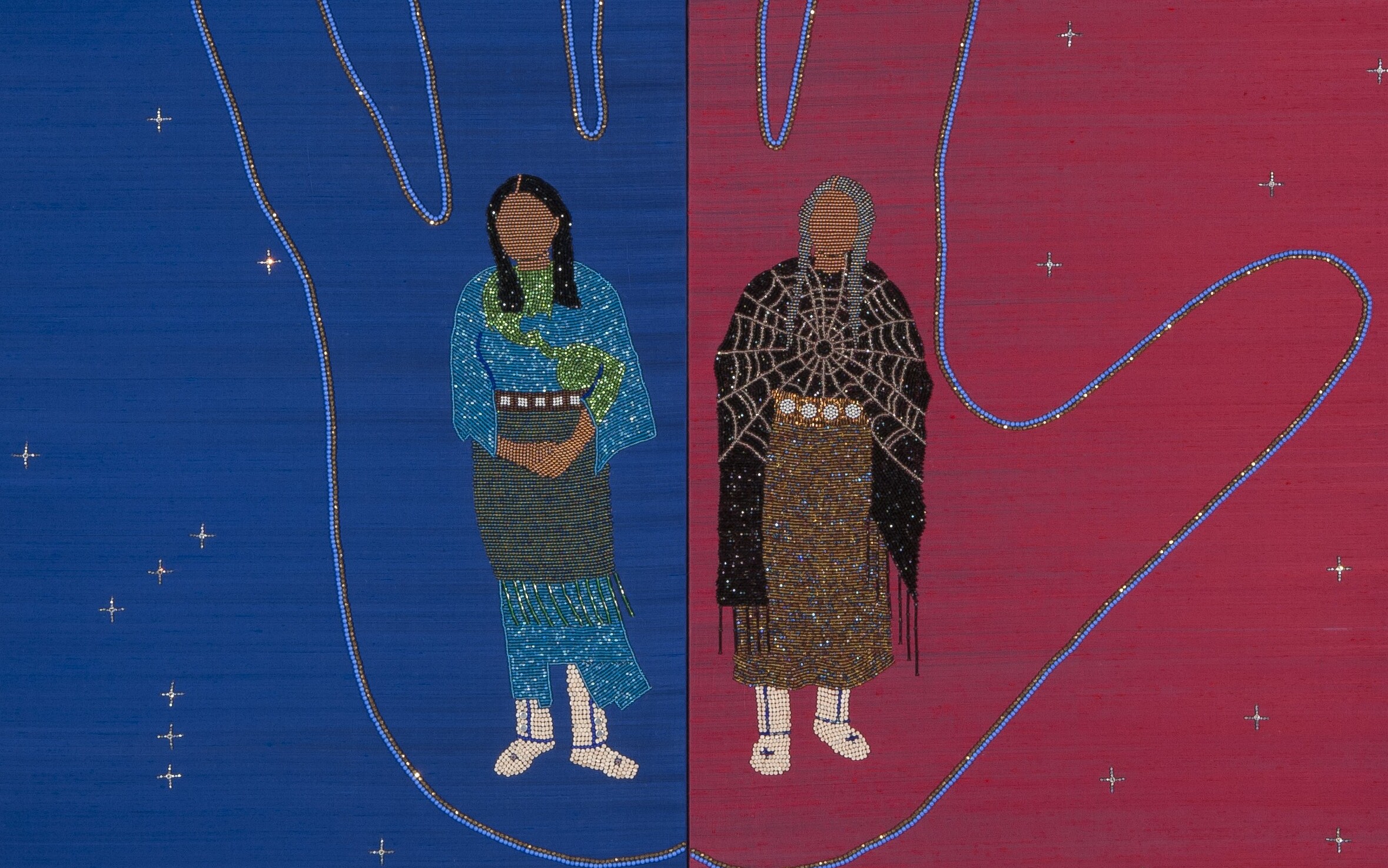 Sunboy’s mother was an earth woman and his father was the Sun.  His father was a jealous man and didn’t want his wife to return to her people.  She lived alone with him and her son in the sky world.  She was lonely and missed her family.

When she finally plotted her escape through the clouds and back to earth, she failed.  The rope she tied around herself and her child was too short and they were left dangling from the sky only to be discovered by her husband upon his return.  He was very angry and enraged; he threw a rawhide wheel at her and killed her.  She fell to the earth, dead.  Her baby was alive but now an orphan, his mother was dead and his father had abandoned him.

Sunboy was left in this new world to nurse on his dead mother’s breast.

Eventually he found Spider Woman’s camp next to a river.  She was an old lady and she knew who he was, the son of the Sun and an earth woman.  Half from this world and half from that world.  Eventually, he trusted her and she became his Taah, his grandma.  She raised him like only a grandma can.  She loved him like only a grandma can.  He became strong and powerful and eventually became the Sun Boys, two men, two halves of the same self.

The Sun Boys are us.

Collection of Smithsonian’s National Museum of the American Indian.